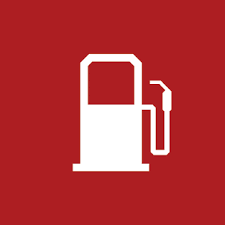 “When you work with software that focuses on employee engagement, you also need excellent customer service. And customer success is one of Leapsome’s strongest assets.

The other aspect I love about Leapsome is how flexible, and customizable the platform is. Even if a specific feature doesn’t exist, there’s usually a way for me to figure out a solution with my customer success manager — and most of the time, the feature will be added to the product feature map to be evaluated!

We also really like the survey feature, which has given us lots of input from across the organization. We’re working on many initiatives because of these insights!” 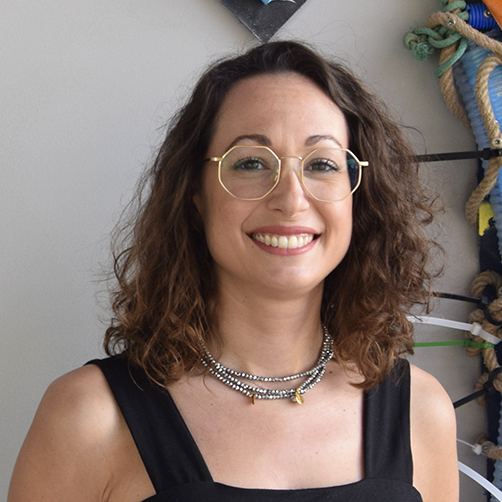 Fueled provides strategy, design, and development of user-facing technology to unicorn startups, global brands, and Fortune 500 companies. The business won Apple’s App of the Year Award for its work with Warby Parker, and a Webby Award for its work with Barneys New York. Fueled has 130 employees, with headquarters in New York City.
‍

Before becoming a Leapsome customer, Fueled had been using a different performance management system and wasn’t satisfied with the product. As a company that builds software, having tools that provide a good user experience with a nice-looking interface was critical to the Fueled team — to whom the software felt unintuitive, with a UI and UX that made it hard to work with.
‍

“Our previous software wasn’t really intuitive. The UI and UX weren’t as nice, and it had weaker analytics compared to Leapsome. These are the three main reasons why we looked for another platform.”

Fueled needed a system that could better support the company’s custom needs and felt more intuitive to use.
‍

Fueled’s tech staff responded much better to Leapsome’s design and ease of use, so the company made the switch and became a Leapsome customer in 2020.

Fueled initially implemented Leapsome for its 360° reviews, and gave employees the option to explore everything else the platform offers in their own time. The entire team at Fueled immediately responded well to the interface and started using other Leapsome features, like meeting agendas and goals.
‍

“We said, ‘Hey, we’re swapping the software!’. One of the reasons we switched over from our previous provider was the UI and the UX. People confirmed that Leapsome is definitely easier to use; our team didn’t really face any issues with it!”

Valentina Saggese, People Ops Manager at Fueled, especially appreciates how customizable Leapsome is. Among Fueled’s use cases for Leapsome, it was crucial to provide departing employees with a personable, compassionate, and thorough offboarding experience.

Fueled prides itself on a high retention rate and considers employees part of a family; sending out a simple exit survey felt too impersonal. However, at the time, Leapsome didn’t have a dedicated feature to meet the organization’s offboarding goals. But supported by Leapsome’s Customer Success team, Valentina found a solution.

Instead of a survey, Fueled now runs a review cycle for employees leaving the organization. This includes a call with the People team, in which the employee is asked to score a set of questions. Comments are then written together to provide more context to the ratings, and they’re not shared with anyone else until that person leaves. After that, the notes are then shared with the managers so that they can read the comments and suggestions for improvement left by their former employees.

Thanks to Leapsome’s high customizability, this process provides a more personal and collaborative offboarding experience to Fueled’s departing employees.
‍

“We didn’t want to be like, ‘Oh, you’re leaving? I’m going to send you a very cold survey about the company and your experience.’ For me, that was out of the question.

The way that we created it was different. I still wanted the data, but I also wanted to have that personal touch. So I asked my customer success manager from Leapsome to create a review cycle with me to provide a better offboarding experience for the departing employee.

It’s nice because you can see the general score; then you click on it and the manager can actually read the comments, which I write with the person. During the call, they feel safe and can tell me everything.”

After three rounds of biweekly surveys, Valentina and her team collected enough insights to develop impactful initiatives. Since then, Fueled’s People team has kicked off multiple projects, including setting up the very first L&D program to support their employees growth and scheduling regular check-ins for employees to discuss sensitive topics in a safe environment.
‍

What’s next for Fueled’s use of Leapsome?

Fueled keeps expanding its use of Leapsome, and Valentina is impressed with the people enablement platform’s growth and commitment to building a best-in-class product.

Besides using Leapsome’s features for goal setting and reviews, Fueled is continuously gaining insights from pulse surveys. The company is now setting up more thorough engagement surveys to gather even more input and ideas.
‍

“Next year, we’ll use Leapsome even more for goals and engagement.

Hopefully, I’ll be onboarding managers more closely to ensure they use all the features of the software — from 1:1 meetings to feedback and praise.”

Ultimately, Fueled is pushing for a holistic usage of Leapsome’s people enablement features — which Valentina recommends to other HR and People Ops professionals. She also wants companies looking for a people enablement platform to know that, on top of a great software, excellent customer support is essential. To Valentina, Leapsome does that the very best!
‍

“One of the most important things for me to mention is that managing engagement and employee lifecycles is a very new thing.

With software like Leapsome, which is 100% dedicated to this aspect of the employee experience, you need good customer service — a partner to help you run things smoothly and quickly. Leapsome is definitely the absolute best at it. I think customer service is 100% its strongest point!”

Sarah Shepard on using Leapsome to automate and customize surveys

Build a high-performing and resilient organization