Why good leaders don’t just give feedback, but ask for it too

In his acclaimed book The Hard Thing About Hard Things, Ben Horowitz writes that “constantly giving feedback is precisely what a CEO must do,” and his claim is spot on: Studies show that managers who give regular feedback have significantly more engaged employees, in part because it facilitates communicative work relationships and in part because it instills a sense of purpose. As the workforce becomes increasingly millennial, feedback will only become more essential in the modern workplace.

That’s all well and good, but should leaders ask for feedback as well? Absolutely.

This Forbes article makes the interesting observation that it’s really requesting feedback which boosts a manager’s likelihood of having an engaged team. As the following figures show, while giving feedback still positively impacts employee engagement by about 5%, giving and asking for feedback more than doubles the percentile score of managers who only give feedback.

The numbers speak for themselves, but what is it that makes requesting feedback such a powerful driver of employee engagement? ‍

Do you have a newspaper subscription or a lively Twitter feed? Perhaps you check your weather app when you wake up, or how many steps you took at the end of the day. Continuous data is the bread and butter of the modern world. Should the performance of managers be any different?

When we have more data, we’re better positioned to respond to the world around us. And unlike checking the weather, you can’t just rely on your instincts to manage people and hope your team is happy. Nobody’s perfect, and there’s always a chance you’re missing something. CEO and author of Principles Ray Dalio acknowledges that our brains are wired to receive information about our shortcomings as an attack; yet the rational part of our brains wants to know this information so we can do better. Dalio advocates radical transparency as a powerful asset within a successful company, because asking for feedback is the most efficient way to learn about your blind spots. As Ben Horowitz notes, “people rarely improve weakness they are unaware of.” Having a weakness doesn’t make you a bad manager, but avoiding your weaknesses won’t make you a good one. When managers see feedback as valuable information rather than criticism, it makes it much easier to solve problems.

Traditionally managers gave feedback to employees in their annual performance review. But there’s a lot to be said for quitting the top-down approach and encouraging employees to give feedback to their managers, as well. Firstly, it sets an example and lets employees know that it’s perfectly fine to request feedback. This is especially useful if you’ve only just introduced regular feedback to your company.

Secondly, it sets a precedent for honesty and candor. If employees are consistently on the receiving end of feedback, they don’t really get to practice talking to their managers or each other with sincerity. By asking employees to give feedback it gives them an opportunity to realize that not only is their honest feedback okay, but useful and constructive.

When you ask someone for their feedback, it shows you value their opinion. Simply asking for their experiences, thoughts, and ideas makes it less likely that employees will see themselves as passive workers, whose main purpose is to carry out tasks defined by their manager or company. On the contrary, being asked for feedback makes an employee feel able to contribute to their company culture and mission, which in turn motivates them in their work.

Caring about someone’s opinion is not just about asking; it’s about listening, too. It’s essential that feedback is not ignored, but taken on board and responded to - otherwise the impression of value you had created dissolves. What does the feedback necessitate - a change in behavior? More time allocated to a certain task? Whatever it is, thank the person for their feedback and let them know how you plan to take action. Just like with giving feedback, there are things to be mindful of when asking for feedback, and simple acknowledgment prevents feedback requests from seeming hollow.

Just as asking for feedback can give you information about yourself, it can give you valuable insight on your employees. Understanding what motivates your employees - what drives them, what makes them feel frustrated - is a key factor in retaining them.

For example, let’s say your company’s traditional reward system is more or less centered around cash bonuses. Lately, though, you’ve been hearing that employees (especially younger ones) tend to have strong and varied opinions on rewards. You really want to minimize employee turnover, so you start asking team members what they think of the current reward system and what might be improved.

You find that while some employees still love the idea of a cash bonus, others suggest more flexible working hours or extra days off. And one person takes the opportunity to say that while cash bonuses are great as rewards, she’s found herself frustrated with her long commute to the office and craves working from home once a week. Now you know these things, you can get a sense of what employees need to stay invested in the company.

So make it your mission to build a work culture where leaders ask for feedback. With broad practical and interpersonal benefits, regularly asking for feedback is a surefire way to both improve employee engagement and learn useful information. For more on leadership and feedback, watch out for our eBook on feedback culture. 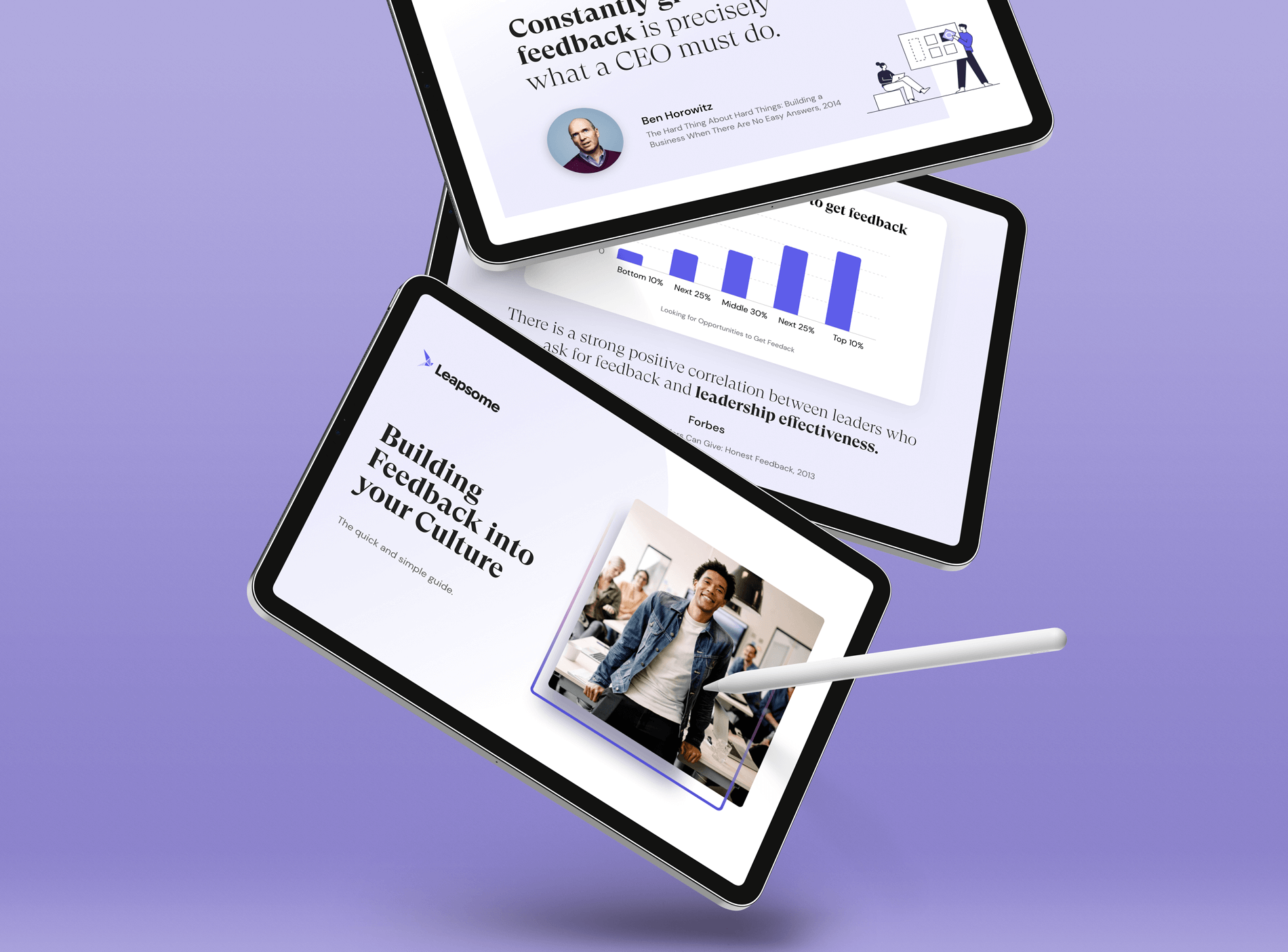 Combine OKRs with project management to build a robust strategy and motivate your team in the short and long term!

OKR scoring | How to grade & track your OKRs

OKR scoring helps your team monitor the success or failure of your goals, keeping everyone accountable and aiding planning for the next quarter.

A manager’s guide to promotion announcements that get people excited