“Leapsome is very user-friendly — both for HR and for our employees. It gave us the flexibility to implement our specific feedback process, and it has reduced a lot of the manual work we would have had to do.” 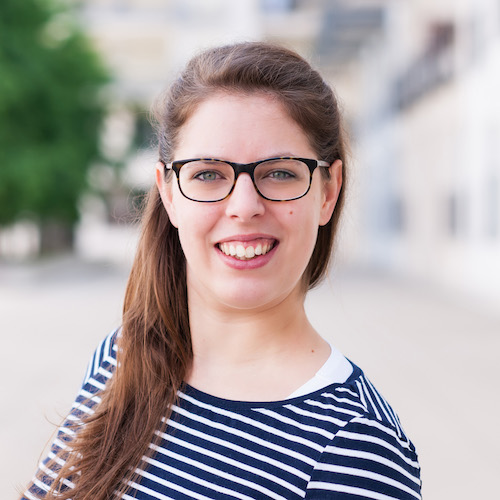 Challenge #1: Lack of standardized processes for formal feedback between managers and their direct reports

The HR team at the smart fitness technology provider, EGYM, had observed that they were experiencing an issue that is all too common in fast-growing organizations; their processes for formal feedback between managers and their direct reports were not standardized. Nina Thiessen, Head of Talent Acquisition and HR Management at EGYM explained that although they had some lightweight guidelines for managers on how to deliver feedback to their direct reports, the lack of standards caused a number of problems.

Firstly, HR was unable to track who was completing their feedback conversations and who was not. In the worst cases, this meant that some employees (referred to internally as “EGYMees”) did not receive feedback at all. In the cases where employees did receive feedback, the process was always different and there was a lot of variance in quality as the managers were each creating their own individual processes and criteria for their teams.

Knowing that the current setup was not supporting EGYM’s scaling, Nina and her team set about creating better processes and searched for a platform to run their processes on.

Challenge #2: A significant amount of manual and repetitive work with Google Forms

EGYM was also running an employee engagement survey using Google Forms which was a lot of manual work for the HR team; both in the setup and communication phase as well as analysing the results. Because of this, the HR team were interested in finding a solution that could combine both performance management and employee engagement features.

Having explored the platforms available on the market, EGYM concluded that Leapsome had all the features that they needed. Importantly, it also integrates directly with Personio, their HRIS system, allowing for the seamless synchronization of employee data.

EGYM found the platform to be very flexible in terms of which features they wanted to use, and how they could customize those features to their internal needs. They observed how user-friendly the platform is from the employee’s perspective as well as how it would reduce the workload from HR’s perspective.

Having set up the feedback process with a measurement framework tied to their company habits (i.e. values), Nina and the team rolled out the enhanced process across the organization. Similarly, EGYM has also moved its bi-yearly employee engagement surveys to Leapsome.

In addition to the feedback processes and engagement surveys, EGYM has also adopted Leapsome’s Instant Praise Feature. In each of their office locations, EGYM has a physical “kudos wall” where employees can write Kudos Cards to congratulate each other on a job well done. However, as soon as an EGYMee wanted to give praise to someone in a different office, it was not possible. With Leapsome, EGYMees can now send kudos to their colleagues virtually, allowing EGYM to scale the kudos program internationally. A selection of the best kudos from each week are then read out to the whole company by the CEO in the company-wide town hall meeting to further celebrate the great work that is happening across the company.

Since implementing Leapsome, Nina now has a clear overview of who is completing the feedback cycles, and who is not. This kind of transparency alone is a marked improvement over the prior status quo.

“Leapsome is very user friendly - both for HR and for our employees. It gave us the flexibility to implement our specific feedback process and it has reduced a lot of the manual work we would have had to do.

With Leapsome’s built-in survey templates, including best-practice questions, the administrative work on running the bi-annual engagement surveys has also been dramatically reduced. Furthermore, due to the automated reminders and notifications, EGYM has increased employee participation in the survey.

“Since moving our engagement surveys to Leapsome, we are experiencing record employee participation rates, which is incredible.”

Leapsome’s people analytics features have also made it easier to conduct analysis on the results. The heatmaps give a detailed breakdown of the results and can be segmented by numerous properties. The anonymous conversations feature also allows Nina and her team to follow up with further questions to gain deeper insights into the respondents’ comments.

On the roadmap: Onboarding, Leadership Training, and Goals

Having evaluated Leapsome’s capabilities for managing OKRs and Goals, Nina and team are now in the process of rolling out these features to create more transparency and alignment across the company.

Furthermore, Nina is also exploring Leapsome’s Learning features as a way to both move their Leadership Development Track online for training their managers and to also create an enhanced onboarding experience for new employees.

Each of our customers has their own story with Leapsome. Ready to start yours? Fill in the form below to discover what we can do for your organization's performance and engagement.

Learn why the best companies to work for enhance their people management processes with Leapsome.

See how Leapsome can help you today

Choose a time now
Oops! Something went wrong while submitting the form.
Find out why Leapsome is rated
4.9/5 on G2 and Capterra.