How Blinkist is helping people reach their full potential with Leapsome 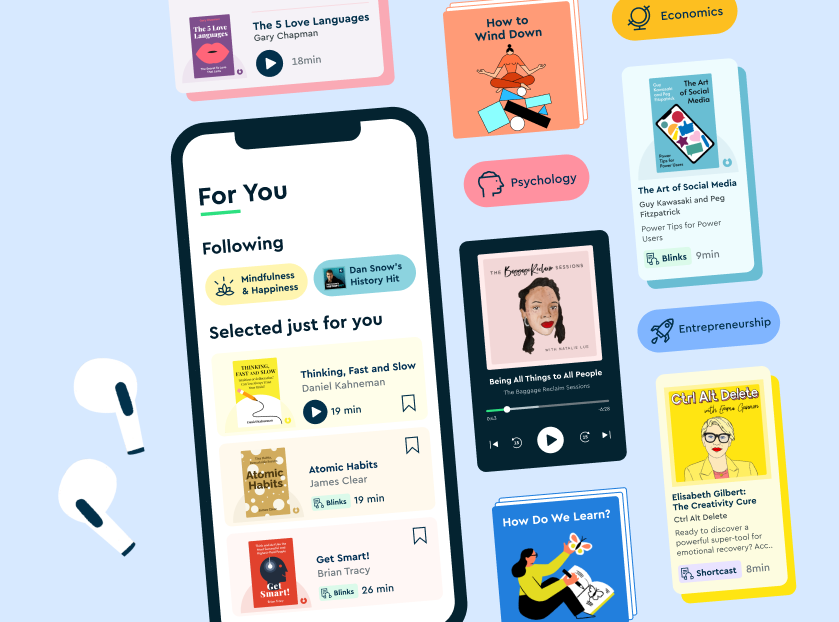 CUSTOMER PROFILE
Blinkist is a microlearning app that offers an outstanding selection of nonfiction books and podcasts across 27 topic categories.

“Leapsome has enabled us to set goals and expectations with each other. As a result, it has helped our employees gain clarity as to where they are with their development and where they want to go.” 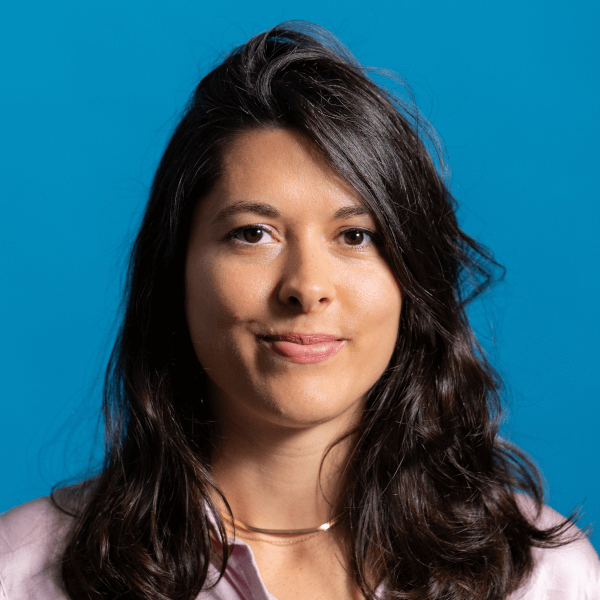 Blinkist is a microlearning app that offers an outstanding selection of nonfiction books and podcasts across 27 topic categories — from memoirs and psychology to productivity and management & leadership. Through 15-minute audio explainers called blinks, Blinkist is on a mission to help people turn ordinary moments into extraordinary learning opportunities.

The organization is headquartered in Berlin, but its 170+ team members live in various countries. Blinkist believes in innovation, collaboration, and diversity, and values people enablement and feedback — which the company is expanding with the help of Leapsome.
‍

Despite its exceptional talent density, Blinkist felt they were not fulfilling their potential as individuals and as an organization. The company realized that people lacked a vision of what they could achieve and how to get there.

Although the People and Leadership teams always sought to support employees, there was no sure way to spot where individuals were struggling — and assess what kind of help they needed to improve their performance and thrive.

Blinkist decided to look for a tool that could help them address three key challenges:

The company understood the strong connection between all these topics: development-oriented performance reviews must be grounded in clear goals and expectations and built upon a feedback foundation.

“We never had performance reviews at Blinkist before — it was this ‘bad thing,’ and we’re very harmony-driven here. Performance reviews sounded too corporate for us, and we intentionally avoided them. But then it became a bottleneck, as we weren’t able to set clear expectations with people.

We were like: ‘OK, we need to do it. But we want to do it in our own Blinkist way. We want it to be a pleasant experience aligned with our values and integrated with our Learning & Development strategy.’“

Blinkist evaluated other providers (like Small Improvements and 7Geese) and even considered implementing feedback, performance reviews, and goal-setting processes in-house. But they realized that their existing tools (Asana and others) couldn’t fulfill these specific processes — and that adopting an all-in-one people enablement platform was crucial.

‍Blinkist chose Leapsome because of its user-friendly, pleasant design, and ease of use.
‍

“Some tools were gray and quite complicated. We thought: ‘Oh no, that’s not for us.’

But Leapsome looks really uplifting, and we wanted something that was intuitive as well, because we don’t necessarily have the time to train people on how to use tools. It needed to be something very easy to use and easy to implement.”

Reviews have also been a game-changer. Honestly. Being able to have this regular cycle that’s the same for everyone. There’s consistency. And therefore, there’s also fairness in how people are treated within the organization.

Before, some managers would do reviews. Some wouldn’t. There’s bias, all sorts of things that can never be completely eradicated — but they've been greatly reduced with Leapsome.”

Blinkist’s Head of People Development also finds our Goal Tree (within our module for Goals & OKRs) a beneficial feature, as it’s a straightforward way to connect all the dots and promote organizational alignment.

The microlearning app also uses Leapsome’s Slack integration, and Deborah said that our platform has encouraged exchanging corrective  feedback, as Blinkist already had a solid culture of positive feedback and praise.
‍

Blinkist’s People Development team is using Leapsome’s Development Framework feature to further support and enable professional growth within the company. Although they adopted a general template for most departments, their Engineering team had unique needs. The solution was to create a specific framework and skill matrix reflecting the tech skills required within the Engineering team members.
‍

Blinkist chose to start with a soft launch of the Leapsome platform. At first, some team members were skeptical about it and thought there might be a hidden agenda behind implementing a people enablement platform.

After two review cycles, those who were reluctant to use the tool are now more receptive — and understand how the goal-setting, performance, and feedback processes that Blinkist runs with Leapsome are helping them reach their potential.
‍

What’s next for Blinkist’s use of Leapsome?

Deborah and the People Development team at Blinkist intend to refine the company’s career progression frameworks by completing the Skill Matrix, integrated into Leapsome’s Performance Reviews and Development Framework module.

The company also wants to keep nurturing its feedback culture, so that employees provide and ask for constructive feedback more frequently. Blinkist is also continuously iterating on its review cycles by implementing employee feedback and learning from insights shared by Leapsome’s Customer Success department.

How Pepper universalized its feedback system with Leapsome